We all struggle with things. Some are huge and complicated while others are minor in comparison.  When I was younger 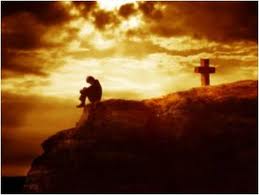 I used to stutter. I remember times when I would have to say my Easter speech in front of people or even just talk to friends and it would take such a toll on me.  I would pray that I would never have to say anything that would cause me to stutter just because of the  pure embarrassment it brought me.  Sometimes I would want to jump into conversations so badly but I didn’t because I was afraid I would stutter.

I remember a time when I was in a fundraising wedding and I played the part of  the groom.  I was super excited until I was handed what I had to say.  It felt like I had swallowed a dumbbell and it hit the bottom of my stomach.  There was no more excitement and for the next 3 or so months I obsessed over this one word “PLEDGE”.  It hurts to even write it…haha.   I started brainstorming ideas on what to do about this word.  I figured maybe I could change the word to something that I could say without stuttering, but  no other words fit that I felt comfortable saying.  Also, I knew I would have been asked why I wanted to change the word and that would’ve been too embarrassing.  I even thought about not doing the part, but I liked the girl who was playing the bride so I couldn’t do that.  So I went on a quest to conquer saying this word.

Just to give you an idea how bad my stuttering was, I would be in tears if I had to get up and say anything in front of people.  My heart would pound so loud I could hear it and see it coming through my shirt. That’s how crazy it was.  So on to my quest to say this word. I would say the word to myself all day long and then find ways to bring it up in conversations with friends.  I don’t know how, but I could feel the stutter coming on before I would say the word.  For some crazy reason I would be in a great conversation and go to use the word and I would feel the stutter coming up. So I would immediately stop myself from saying it.  This thing was a huge struggle for me.

Finally, I was exhausted at trying so many things and failing miserably that I decided to pray and leave it in God’s hands.  I did and he came through.  When I got to the pledge part I said it!

The first thing that came to my mind was “why didn’t I do that in the first place?”. Life would’ve been so much easier had I made the choice to give it to God first.  Although my struggle wasn’t something I was causing upon myself, the same formula applies.  This is because whether you are causing the struggles or not,  just as much damage  can be done if it’s not handled right.  Maybe you’ve been struggling with something personal and it has consumed you.  It makes you do the very opposite of what you want to do.  You’ve been on a quest to stop and have failed many times.  In your mind you’re thinking “I should be able to stop this”, but you can’t and it’s causing you guilt and shame.  Here are a few things I’ve learned looking back at my struggles and how I overcame them. 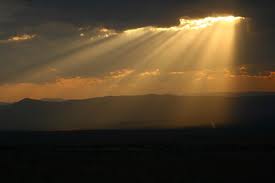 I can’t tell you how many times during the course of my life that I’ve had to follow these steps.  I can honestly tell you that it works.  One of my favorite verses John 10:10  talks about how Christ came that we would have an abundant life.  I believe that the fact God wants to help us with our struggles and worries is the abundant life!